The class is administered by boat owners through a class association,  membership of which is a condition of a boat taking part in racing.  The association is the authority for class rules.

The association is led by elected officers – Commodore, Captain, Vice-Captain, Honorary Secretary and Honorary Treasurer.  The Commodore is the titular head of the class and its principal ceremonial representative.  The position carries no executive responsibilities.

The Captain may hold office for a maximum continuous term of three years.  The other executive officers serve for a long as they can be persuaded!

The full rules of the association may be found here

Join us!
The association warmly welcomes Associate Members, who are not boat owners but wish to be involved in the class.  For example, associate membership is a mandatory requirement of a non-owner helming a boat in  a race.  The annual subscription is a mere £10. To apply for membership please complete the on-line form that may be found here. 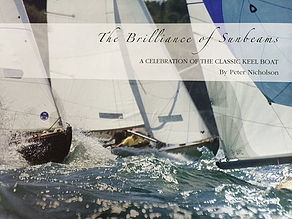 Tie
A distinctive silk tie is available at £30 together with some end-of-range polyester ties at £15.